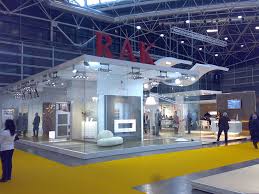 The move is expected to support RAK Ceramics as it grows within Europe’s high-value markets and further consolidates the interests of its global operations.

Abdallah Massaad, group CEO at RAK Ceramics, said: “These recent acquisitions and new management appointments reflect the success of our refocused strategy and continued execution of the Value Creation Plan endorsed by the Board of Directors in 2014. We are confident in our ability to enhance margins in the long-run and become a strong global competitor, strengthening our position within the ceramics industry around the world.”

RAK Ceramics exports approximately 70% of the output that it produces in the UAE, most of which are dispatched to markets in Europe and Saudi Arabia.