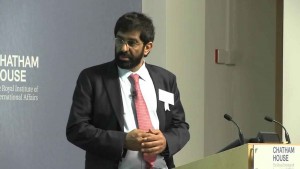 The State of Qatar has proven ability and efficiency in the face of various economic challenges in dealing with them and has a large balance of rich experience and successes in this area, said HE Minister of Development Planning and Statistics Dr. Saleh Mohammed Al Nabit.

HE the Minister was speaking at a lecture this evening, in the presence of a number of ambassadors and representatives of the diplomatic corps accredited to Qatar , as well as state’s officials within the context of the “diplomatic meeting” organized by the Diplomatic Institute at the Ministry of Foreign Affairs.

HE the Minister Dr. Al Nabit highlighted the Ministry’s mission and functions, reviewing briefly the Qatar National Vision 2030 and its human and economic, social and environmental development pillars.

HE the Minister Also touched on the 2011-2016 national development strategy, and experiences and lessons learned from this strategy to develop a new one for the years 2017-2022, and reviewed the most important development challenges facing the country in the medium and long term.

HE the Minister noted that the State of Qatar, like other countries in the world is facing development challenges emerging over the medium and long term, pointing out that the population increase at high rates as a result of expatriate workers, public finance, and economic diversification is one of the major challenges facing the state and faces a number of countries in the world.

He explained that the population grew at a rate of 7 percent annually over the last five years due to recruitment of more foreign workers in response to the requirements of development, creating a contrast in different development challenges, including the pressure on the service sector.

On public finance challenge, HE the Minister said that the fluctuations in the primary source of public financial sources of oil and gas, which creates ongoing challenges and make the future prediction difficult.   “In the light of developments related to the quantities produced from oil and gas prices and the high level of challenges in the hydrocarbon market greater control has become more urgent for budget estimation and development spending for all programs and projects.”, HE the Minister underlined.

He also cautioned that an urgent need for considering issues such as the rationalization of support in order to be directed towards the target groups and the development of the tax system and support the revenue side of the budget.

He pointed out that because of the ambitious plan of investment and infrastructure serious risks in delaying some major projects arise, citing for example, (absorptive capacity of stores, outlets and the supply of raw materials and the high cost of the projects) . HE the Minister stressed the need to set a timetable for the projects and set clear priorities “as there are administrative and legislative challenges in the management of these projects. “