Qatar Airways will begin thrice-weekly scheduled flights to and from Chengdu, a major economic centre of western China.

The Doha – Chengdu route will celebrate 10 years of Qatar Airways services in China since 2003. Chengdu will join Beijing, Guangzhou, Hong Kong, Shanghai and Chongqing as the airline’s sixth gateway into China. 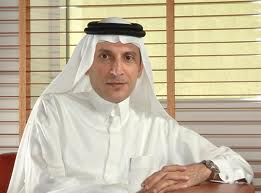 Qatar Airways will operate three flights a week to Chengdu Shuangliu International Airport using an Airbus A330 in a two-class configuration of up to 248 seats in Economy and up to 36 in Business Class.

“The new service is part of the airline’s commitment to boost services to the Far East and Asia Pacific,” said Akbar Al Baker, Chief Executive Officer of Qatar Airways. “China is one of our key markets and we are excited to further expand our footprint in China, allowing us to provide greater options for business and leisure travellers ready to take advantage of new flights to and from another entry point in China.”

The launch of Qatar Airways in Chengdu will give easy access to tourist and business travellers in China to France, Germany, Italy, the United Kingdom and Middle East, all served by Qatar Airways.  To tempt international visitors, Chengdu Shuangliu International Airport now offers a 72 hour visa-free transit to over 45 different countries.  As such, the Chengdu route is set to become a modern “Silk Road”, connecting western China to over 125 destinations worldwide via Doha, including Europe, Africa, the Middle East and the Americas.

In recent years, Chengdu has become a popular destination for many reasons. Some of them include: • Consistently voted as one of China’s greenest and most liveable cities, Chengdu is often called “The City of Hibiscus” • Chengdu is home to the world recognised Research Base of Giant Panda Breeding • As the Capital of Western China’s Sichuan province, Chengdu enjoys a subtropical monsoon climate and annual average temperatures of 16°C • Chengdu is also a key regional base for science, technology and commerce in China, representing the 4th wealthiest city in China, and the Asia Pacific’s 10th best city for foreign investments • Nearly half of the Fortune 500 companies have chosen to operate in Chengdu by June 2013 • As China’s fourth busiest international airport, Chengdu Shuangliu International Airport is rapidly establishing itself as an important regional transportation hub.

“We are pleased to introduce Chengdu as our sixth and newest China’s gateway and look forward to welcoming travellers from Chengdu to fly with us to many parts of the world and, similarly welcome visitors from around the world to this great city,” continued Al Baker.