US President Barack Obama will meet with Senate Democrats Tuesday to seek support for US military action against the government of Syria, 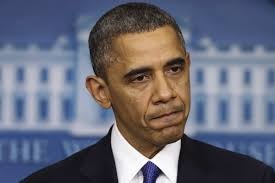 a Senate Democratic aide said on condition of anonymity. The meeting at the Capitol would come just hours before Obama addresses the nation in a prime-time speech on Syria from the White House. Obama faces difficult odds to win congressional authorization for any use of force against the regime of Syrian President Bashar Assad. Obama blames Assad’s military for a chemical weapons attack against civilians last month outside Damascus. The US President is making a last-ditch effort for authorization, granting a series of television interviews Monday to make his case.