Dubai master developer Nakheel’s hospitality expansion took another leap forward today, with the signing of a Letter of Intent (LOI) for a management agreement with Thailand’s Minor Hotel Group – one of the world’s fastest-growing hospitality companies – for a new, 372 room hotel at Ibn Battuta Mall. 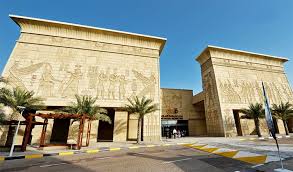 The LOI was signed in Bangkok by Nakheel Chairman Ali Rashid Lootah and William Heinecke, Founder, Chairman and CEO of Minor International PCL, the parent company of the hotel owner, operator and investor, Minor Hotel Group.

Under the proposed agreement, the hotel will be managed under the vibrant AVANI Hotels & Resorts brand, which offers guests relaxed comfort and contemporary style in city and resort destinations.

The new, 14- storey hotel – one of two Nakheel hotels at Ibn Battuta and one of 10 in the developer’s overall Dubai hotel portfolio – will have direct access to the mall and a link to the Dubai Metro. Features include a rooftop pool, all day dining restaurant and coffee shop.

Lootah said, “We continue to work with reputable international partners to bring new brands to Dubai, further enhancing and diversifying the emirate’s hotel accommodation offering in line with the Government of Dubai’s vision. We are delighted to further develop our collaboration with Minor Hotel Group with an AVANI hotel at our expanding Ibn Battuta Mall , which in itself is an increasingly popular destination for Dubai’s growing number of tourists.”

Dillip Rajakarier, CEO of Minor Hotel Group, commented: “Following the recent announcement about our strategic partnership with Nakheel and the development of the UAE’s first AVANI at Deira Islands, we are thrilled that a Letter of Intent has already been signed for the second AVANI in the UAE. The location at Ibn Battuta Mall , one of the world’s largest themed malls in one of the city’s fastest growing areas, is perfect for guests who enjoy AVANI’s relaxed comfort and contemporary style. We are thrilled that our partnership with Nakheel is off to such a strong start and we look forward to a long and fruitful relationship.”

Nakheel’s other hotel at Ibn Battuta – a 372-room Premier Inn – is currently under construction and due to open this year. Nakheel has 10 hotels, with around 4,000 rooms between them, in its hospitality portfolio pipeline. The first – a 251-room ibis Styles hotel at Dragon Mart – opened earlier this month, with management contracts or joint venture agreements signed or in process on another seven.