The National Bank of Abu Dhabi (NBAD) will bring together Egyptian government officials, business leaders and financiers at a forum in Cairo on 27 May, 2015 to discuss what steps the Egyptian government and businesses can take to promote long-term sustainable growth in the country.

The forum, ‘Egypt on the Rise – West-East Corridor’, comes after Egypt secured close to $60 billion in investment pledges at the Economic Conference last March in Sharm El Sheikh. However, President Abdel Fattah Al Sisi said that “Egypt needs no less than $200 billion to $300 billion to bring real hope for the 90 million Egyptians.” Egypt on the Rise will debate on further actions the government and businesses need to take, as well as on challenges foreign and local investors face, and lessons to be learnt from the success stories so far. 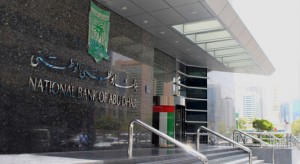 Also in attendance will be senior representatives of over 100 Egyptian corporates as well as local and international investors.

Alex Thursby, the Group Chief Executive Officer of NBAD, said “Over the past year, the Egyptian government has made real progress by implementing meaningful structural reforms, which have put in place the stability needed for foreign capital to return to the market. However, with around $60 billion of foreign direct investment targeted over the next four years, Egypt needs to ensure the environment remains attractive for foreign investors. NBAD has been in Egypt for 40 years and is committed to its role as a channel for international capital into this rapidly emerging market.”

Ahmed Ismail, NBAD’s Chief Executive Officer in Egypt, said “According to the World Bank, only 17.4% of Egyptian firms operate in the formal credit market. This has to change if Egypt wants to grow its private sector. Local and international banks have an important role to play alongside the Egyptian government in helping prepare Egyptian companies for accessing international as well as local debt markets. Egypt on the Rise will bring together key stakeholders in this process and will address the critical questions that remain over Egypt’s future growth potential.”

“Egypt on the Rise – West East Corridor” is part of NBAD’s Global Financial Markets Forum (“GFMF”) Series events, which take place around the world and address critical issues that shape global economies across the West-East Corridor. Other Series events in recent months have included “The Future of Sukuk” in London and “The Future of Energy” in Kuala Lumpur.