Market maturity in the Middle East

Major real estate markets in the Middle East have stabilized in the first quarter of 2015, indicates research from two major international firms.

According to property consultants CB Richard Ellis and Jones Lang LaSalle, property markets in Saudi Arabia, UAE and Egypt are witnessing moderate growth in 2015 as against 2014, even though there is a limited supply of commercial and residential property. 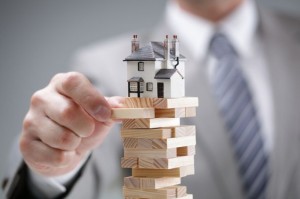 Evidently, growth of the property sector is closely tied up with economy. Abu Dhabi’s economy is set grow three per cent in 2015, while the non-oil sector is expected to grow 5.5 per cent. Statistics Centre of Abu Dhabi says that inflation has reached 4.3 per cent in Q1 of 2015, which is 1.3 per cent higher than 2014.

On the back of modest economic variables in 2015, residential rents in Abu Dhabi increased two per cent in the first quarter of this year, according to CBRE. “The growth witnessed last year was 12 per cent,” it says in a research note.

In Abu Dhabi, JLL says, the residential sales, retail and office sectors remained stable in Q1 2015. “Following the decline in oil prices, we expect there to be a reduction in government spending this year which will slow down the pace of demand growth,” say authors of a JLL report on the UAE capital city.

“The hospitality market was the strongest performing sector this quarter, driven by wide-ranging government initiatives to boost tourism. While Dubai registered a slowdown in the hospitality market this quarter, Abu Dhabi saw an increase in hotel ADRs, or average daily rates, for the first time since 2010 (YT February up 12 per cent from the previous year). Hotel occupancy registered 77% in YT February, up one percentage point from the same period in 2014,” says JLL. 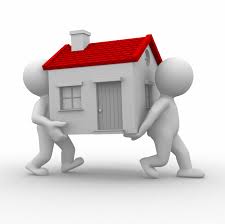 Overall, Middle East is the third largest source of cross-regional capital globally, despite a fall in total spend, while Saudi Arabia is the fastest growing Middle east commercial real estate investor, according to CBRE.

Indicating a sign of market maturity, Saudi Arabia is in the process of levying indirect taxes on the country’s real estate sector.

Jones Lang LaSalle says the major news during Q1 2015 was the Saudi Cabinet’s announcement of a new tax on undeveloped land within urban areas. This is a bold move, being the first real estate tax in the Kingdom.

“The proposed tax is designed to address the shortage of affordable housing resulting from the current preference of many land owners to trade undeveloped sites rather than undertaking development.

“As no details of the timing, level, method of calculation, administration or enforcement of the tax have yet been released, it is difficult to estimate the extent to which this proposal will increase development activity or reduce residential prices in Riyadh,” it says.

After a successful investment summit in Sharm El Sheikh in March, the overall economic sentiment is upbeat in Egypt.

“All sectors of the Cairo real estate market have witnessed positive performance and improved sentiment during Q1 2015. This improvement largely resulted from stronger confidence and investment appetite due to the increased economic and political stability,” says JLL. This confidence is most clearly illustrated by the recent announcement of the mega real estate project “Cairo Capital”.

“The project will serve as an extension for New Cairo and will draw the centre of gravity further to the East of the existing city.