Apollo Hospitals, Asia’s foremost healthcare provider, is reinforcing its pre-eminence as a centre of medical excellence by introducing ‘Attune Rotating Platform’ knee replacement to its international patient community based in UAE. 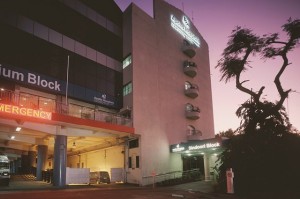 The incidence of Total Knee Arthroplasty (TKA) and of Total Knee Replacement (TKR) has risen worldwide. Over 2,00,000 foreign patients from over 120 countries have been successfully treated for various illnesses Apollo’s state of the art facilities.

‘Attune Rotating Platform Knee Replacement’ lasts for more than 30 years and is very much suitable for patients between ages 45-55 as well as patients suffering from obesity. Each implant design caters to different anatomies and matches patients’ morphology, and there are various sizes available so the implant can be done at the earliest convenience.

Apollo Hospitals Chennai has introduced in India ‘Attune Rotating Platform Knee Replacement’, a revolutionary new technique in the field of surgical medicine and orthopaedics. Using a minimally invasive subvastus, this surgical approach involves less cutting of the tissues around the knee.

“Apollo Hospitals invites GCC residents to visit their headquarters in Chennai, India to experience this latest technology in knee replacement. Unlike the traditional knee replacement surgery, this kind of surgical approach is less invasive because it involves a shorter incision. It also ensures that the Patella and Tibio Femoral joint, two of the largest joints of the body, are preserved. Due to Attune’s less invasive nature, it reduces recovery time and ensures parents to return to their normal activities in the shortest possible period,” explains Dr. K. Hariprasad, Chief Executive Officer of Apollo Hospitals.

According to reports, in the GCC region, patients as young as 50 undergo knee replacement resulting to the surgery being no longer uncommon. Coupled with sedentary lifestyles, obesity has become a prevalent health problem among GCC residents and its implications include an outbreak of osteoarthritis, as well as degeneration of leg muscles. With the discomfort of knee deformities, patients opt for knee replacement.

As per the American Association of Orthopaedic Surgeons (AAOS) which states that the average age for knee replacement is getting younger than 65 worldwide. In the United States every year one million Total Knee Arthoplastys are conducted, while in the United Kingdom the number stands at 600,000.

This kind of surgery also uses patented technologies like GradiusTM curve and SoftcamTM, which helps in enabling smooth and stable flexion and extension of the knee joint without any abrupt jerks, removing the patient’s traces of pain and discomfort in the area.

According to Dr. C. Lenin, Apollo Hospitals Chennai’s Senior Consultant Joint Replacement and Arthroscopic Surgeon, “Versatility in size and matching the patient’s anatomy makes this a personalized knee. In other words, the custom made knee is now ready made. There is no time loss and no need for CT scan thus averting the radiation exposure – which is mandatory in the case of a custom made knee”.

Dr.Hariprasad adds, “In the past, those who undergo knee replacement surgeries have to go through all the surgical pain, feelings of discomfort, and a long recovery time. This latest advancement provides painless operation and eliminates all side effects of the traditional knee surgery. As we utilize Hi-flexion implants, after the surgery, Apollo Hospitals ensures that the patients will receive full flexion like the healthy knee joints they use to have”.

A pioneer in Attune Rotating Platform Knee Replacement as well as other minimally invasive procedures in India, Apollo Hospitals has been successful in its first procedure last April. It was first performed by Dr. Lenin on a 63-year-old Indian man who was suffering from valgus deformity, a condition where severe arthritis causes knee deformation.

Apollo Hospitals is a major referral centre for minimally invasive surgeries and receives a large number of patients from all over the world looking for affordable, superior quality medical care along with less waiting time and minimum hospital stay.