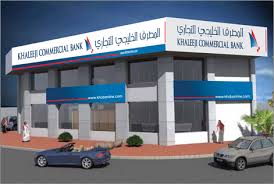 With these results, the bank sustained its profitability and strengthened its financial position with a liquid assets ratio in the excess of 22.5% and capital adequacy ratio of 18.8%.

Based on the results, the Board of Directors recommends distributing 5% bonus shares (subject to AGM and regulatory prior approvals). Furthermore and as a continuation of its prudent management, the Board has allocated sufficient provisions this year as a precautionary measure against any possible effects on the Bank’s operations due to current economic instability in the markets and to maintain a strong capital position.

“We are very pleased with the strong results achieved in 2015, despite the significant economic variations and geopolitical developments coupled with the sharp drop in the oil prices, which have affected the economic growth potential,” Dr. Ahmad Al Mutawa, Chairman of the Khaleeji Commercial Bank said. “During the year 2015, the Bank managed to achieve key milestones of its New Strategy by expanding its local branch network, diversifying its business and customer base while ensuring strong liquidity and capital position are well maintained. The bank also introduced new products in the market to the serve the Corporate, SMEs and consumer financing, which include the It’eman, Call Account, Visa credit cards and Easy 36. Further, the Bank also enhanced its eBanking application and launched its new Mobile Banking application. We will remain proactive in ensuring that the Bank maintains strong liquidity and capital positions to grow and expand our business and customer base. We will continue to build on our institutional capacity in helping the Management Team and the employees of the Bank to meet the challenges ahead.”

Mr. Khalil Ismaeel Al Meer, KHCB’s Chief Executive Officer, said the bank has achieved many key objectives in the first year of its new strategy, both in terms of outstanding results and adding value to its customers and shareholders.

He added that After having succeeded in executing the new strategy in the first year, the bank is entering the New Year with more enthusiasm but with prudence given the recent geopolitical and economic turbulences in the global markets.

“In year 2015 and in line with the New Strategy, we have opened two new branches in selected locations to service new geography of the country,” he said. “In March we opened a new branch in Hamad Town (Souq Waqef), and in September we opened another branch in Isa Town bringing our total branches network to 10. The bank has also revamped its eBanking application by adding extra security features and launched its new mobile banking application. New products were also launched during the year. We are also in the process of opening our branch no. 11 in Juffair area very soon. Looking ahead, we will remain focused on our local market by offering innovative products and services to our customers, enhance our processes to speed up the turn-around-time and will further ease their reach to the Bank by deploying new electronic channels,” he said.

Khaleeji Commercial Bank BSC (KHCB) is an Islamic bank licensed by the CBB, headquartered in the Kingdom of Bahrain, and operating under a Retail Islamic Banking license granted by the Central Bank of Bahrain (CBB). It is a Public Bahraini Shareholding Company listed on the Bahrain Stock Exchange. KHCB offers a comprehensive range of innovative banking and investment products and services to individuals, corporate entities, and financial institutions. These include commercial and corporate banking, wealth management, structured investment products and project financing facilities.