The local government of Stresa has named the waterfront of the city, the lakeside base for the first XCAT event outside of the UAE, after Fazza, the poetic name of H. H. Sheikh Hamdan Bin Mohammed bin Rashid Al Maktoum, Crown Prince of Dubai and Chairman of Dubai Sports Council, in recognition of his efforts and contributions to powerboat racing. 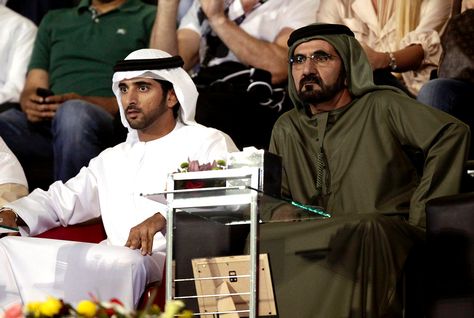 Lake Maggiore in northern Italy is the venue of the fourth round of the UIM Skydive Dubai XCAT World Series, the most challenging and Xtreme Powerboat Racing in the world.

The announcement was made during an official inauguration ceremony of the lakeside area in presence of Saif bin Markhan Al Ketbi, the Director of the Office of the Crown Prince of Dubai and World Professional Powerboating Association (WPPA), Saeed Mohammed Hareb Al Falahi, President of the UAE Marine Sports Federation, other UAE officials, Giuseppe Bottini, the Deputy Mayor of Stresa, other Italian officials and a large crowd of fans and residents.

The national anthems of Italy and the UAE were played during the ceremony at the waterfront in Stresa.

A placard explaining the name Fazza in Arabic, English and Italian was placed by the local authorities of Stresa in the heart of the waterfront of Lake Maggiore.

The word Fazza represents Sheikh Hamdan bin Mohammed’s poetic identity and personality. In the Arabic-Emirati dialect, Fazza means a chivalrous person who rushes to help others and stand by them in times of crisis. Sheikh Hamdan chose this name as his poetry fills people’s hearts with happiness and help alleviate their sufferings by expressing their expectations, hopes and revealing the values and deep-rooted principles of the UAE people.

Al Ketbi, in his remarks at the ceremony, expressed pleasure with the inauguration of the fourth round of the UIM Skydive Dubai XCAT World Series on Lake Maggiore today. He lauded the efforts of Sheikh Hamdan bin Mohammed bin Rashid Al Maktoum to support sports and the youth in the UAE.

He also thanked Canio Di Milia, the Mayor of Stresa, for his efforts in providing facilities for the successful event.

Al Ketbi emphasised that among the goals of WPAA was to promote the stature of Dubai and its giant projects as the UAE’s bid to host the World Expo 2020 in Dubai. He noted that the Italian city of Milan will be the venue of the 2015 edition of EXPO.

For his part, Bottini hailed the support extended by WPAA to the city to host the fourth round of UIM Skydive Dubai XCAT World Series.

He also noted that the initiative to name the waterfront after Fazza was in recognition of Sheikh Hamdan’s support to marine sports and represented a token of love between the peoples of the UAE and Italy.