Investment opportunities open up in Georgia and Azerbaijan 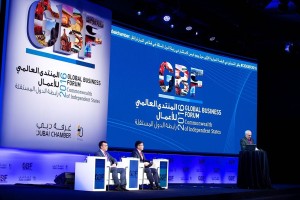 He said: “This is a long process decision and we have certain achievements on this front. Currently, non-oil sectors are contributing 71% to Azerbaijan’s overall GDP.”

“This poses a huge growth opportunity for Azerbaijan, especially in sectors such as agriculture, food processing, machinery and tourism,” Babayev added.

To encourage more businesses and investments, the government has introduced a liberal tax structure for SMEs and eased their access to financing. It is also providing visas on arrival for some nationalities to simplify accessibility.

In another session, president of Wissol Group Samson Pkhakadze discussed investment opportunities in Georgia. He talked about how the Central Asian nation has been successfully creating a diversified economy with infrastructure, transport, public services and construction sectors which widely contribute to the overall economy of the country.

Georgia has simplified its taxation process, with recent fast paced reforms that have brought down the number of taxes to five. Pkhakadze said that up to 80% imports involve 0% taxes.

The CIS GBF 2016, hosted by Dubai Chamber, focussed on the theme, Ancient Routes – New Opportunities. It explored opportunities on old trading links to neighbouring regions and beyond as well as new Economic Union Eurasian alliances.