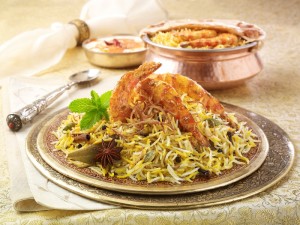 Over the last 18 months, service and talent training at India Palace took precedence in the company’s agenda with the management recruiting in-house training managers and introducing a series of training programs. The company’s efforts paid off and received national recognition when H.H Sheikh Ahmed Bin Mohammed Bin Rashid Al Maktoum, Chairman of the Mohammed Bin Rashid Al Maktoum Foundation and President of the International Olympic Committee, honoured India Palace with the Best Service Performance Brand Award in the Restaurant Category for the Dubai Service Excellence Scheme, at the recent Business Excellence Awards 2015.

“Over the past year, we have introduced several training modules at India Palace including experiential learning, on-the-job training, role-playing, interactive workshops including customer centricity workshops and service drills, among other modules,” said Mandeep Singh, Training Manager at India Palace. “Customers today have sophisticated appetites and often taste and judge service before food.”

Muralya further explained, “Many food and beverage brands lack structured learning systems. Developing human capital is a significant market challenge as employee training is seen as a significant expense rather than an investment. Initiatives such as the Business Excellence Scheme encourage and motivate companies to adopt a policy of excellence and provide the best of their services within a nation that focuses on quality.”