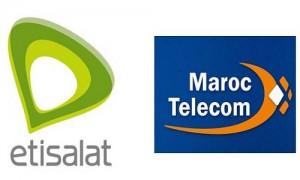 The final consideration amounted to Euro 4.138 billion and Etisalat will start to consolidate Maroc Telecom and its subsidiaries from this month. The transaction was effected through the acquisition by Etisalat International North Africa LLC (EINA) of Vivendi’s 53-percent effective shareholding in Maroc Telecom.

EINA is an indirect subsidiary of Etisalat incorporated in the Emirate of Abu Dhabi. The effective interests in the capital of EINA are Etisalat (91.3-per cent) and Abu Dhabi Fund for Development (8.7-per cent).

In addition to the 2012 dividends (MAD 7.4 per share) already distributed in 2013, Etisalat is also entitled to receive MAD 6.0 per share dividend for the year 2013 to be distributed by Maroc Telecom in June 2014. The total amount of dividend pay-outs to the acquired shares for the years 2012 and 2013 is MAD 6.2 billion (equivalent to Euro 555 million) out of which MAD 5.7 billion (equivalent to Euro 507 million) is to Etisalat.

As per stock market regulations in Morocco, filing of a tender offer to acquire the remaining shares in a company is mandatory when a legal entity comes to own, directly or indirectly, more than 40-per cent of the voting rights of that company. As a result, Etisalat will make an initial filing of the tender offer documentation with the Moroccan Capital Market Authority within the prescribed time period.