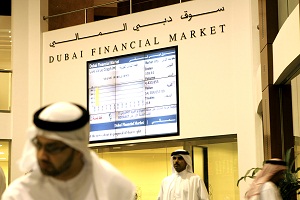 During its meeting on Thursday, 4 February 2016, the Board of Directors reviewed and approved the annual results, which will be presented for ratification at the annual general meeting of the company due to be held on 9 March 2016 in coordination with The Securities and Commodities Authority (SCA). The board also proposed a cash dividend of 5% of the capital equivalent to AED 400 million.

Essa Kazim, Chairman of the company said, “The DFM Company’s revenue and profit have been affected by the 60% decline in the trading value during 2015 to AED 151.4 billion compared to AED 381.5 billion in 2014 as the trading commission represents the main revenue stream for the company. This decline was prompted by some immediate circumstances unrelated to the sound fundamentals of the national economy, especially the decrease in oil prices as well as concerns about the slowdown in China and its impact on global economy, which affected various international markets. Regardless of this, DFM has maintained its attractiveness to foreign investments with the UAE’s classification as Emerging Market by leading institutions such as (MSCI) and (S&P Dow Jones).” ” In a clear indication on their growing confidence in the market, foreign investors’ activity has strengthened in 2015 and their share of trading increased to 48.6% compared to 43.8% in 2014. Foreign investors except for Arabs and GCC nationals were net buyers of AED 900 million whilst institutional investors were net buyers of AED 1.5 billion,” he added.

”DFM has organized two international investor roadshows in 2015; the first was held in London in April and the other in New York in October. Both conferences achieved great success and attracted a large number of Emerging Market funds with US$ 4 trillion of assets under management, which reflects the growing interest from these institutions towards DFM’s diversified and lucrative opportunities that enables them to participate in the significant success story of Dubai.”

“During 2015, we have focused on implementing the “Smart Borse” strategy through series of services and innovative solutions in line with the vision and directives of His Highness Sheikh Mohammed bin Rashid Al Maktoum, Vice President and Prime Minister of the UAE and Ruler of Dubai. DFM has launched an integrated electronic platform of investor services, enabling them to access 15 services through smart phone applications and the website. DFM also launched its newly designed website with various new web pages and sections that fulfill the requirements of market participants. Furthermore, the updated version of the DFM Market Watch offers comprehensive information on the market activities and allows users great flexibility to redesign the page according to their personal preferences.

”DFM has also introduced its new smart phone application as well as the Apple Watch version. These developments further fulfils DFM’s objectives to make its data and services available for investors wherever they are and whenever they like.” he added.” As for market infrastructure, Kazim said, “The development of DFM’s infrastructure has always been a top priority over the past years, resulting in UAE’s being upgraded to international emerging market. This will continue to be the focus of our efforts in the coming period, as we are constantly working on introducing mechanisms and regulations that meet the expectations of international institutions. In spite of the fact that we have gone a long way in sense of integration of infrastructure and regulations, His Highness Sheikh Mohammed bin Rashid Al Maktoum taught us that the race towards excellence has no end line, hence we constantly explore new ways of development in line with the vision of the wise leadership that is always urging us to look forward to the next achievement.” The year 2015, he went on to say, witnessed more steps towards coping with the international best practices, as in May 2015 the enhanced version of “Pre-Closing Session” has been implemented to determine the closing price of traded securities and we also introduced the “Trading At Last” session. In November 2015, the trading of rights issue of Takaful Emarat was launched for the first time as part of DFM’s efforts to diversify the investment tools allowing investors to benefit from trading on their subscription rights.”

The DFM has maintained its attractiveness as a listing venue in the year 2015 with the listing of DAMAC Properties followed by the first listing of a private joint stock company, AlSafwa Islamic Financial Services in the “Second Market” in November. This reflects public and private joint stock companies’ confidence in our market as a leading platform for local and international investors and companies due its world-class infrastructure, advanced systems and services similar to developed international markets.

Commenting on this, Kazim said, “Enabling various business sectors, whether public or private joint stock companies, to avail the numerous capital market advantages enhances the role of financial sector in economic development and increases its share in the GDP in line with the strategic objectives of Dubai 2021 Plan. DFM will continue its active collaboration with private joint stock companies and family businesses to strengthen the IPO sector.” ” This effort further promotes the success of DFM’s strategy to achieve the best representation of the key economic sectors in Dubai. Our efforts to achieve this objective include direct dialogue with companies in addition to organizing workshops to update decision makers in these companies on the sector’s recent developments. In fact, those business leaders have expressed great interest in our events such as DFM Third IPO Forum that attracted 190 from the top management of 80 family businesses, private and public sector companies.”

“DFM expanded its added-value issuer services with the cash dividend service on behalf of listed companies at the forefront. In 2015, DFM has accomplished cash dividend distribution for the financial year 2014 on behalf of 14 listed companies with a total value of AED 5.6 billion, an increase of 143% compared to the previous year. This amount also represents 62% of the total dividends of DFM listed companies. Moreover, DFM provided the service of managing annual general meetings on behalf of four listed companies.” This service, he explained, offers an effective and smooth system for shareholders registration, voting on the decisions and electing members of the board. This system will see further development to allow remote participation in such meetings through electronic attendance and voting. Apart from its importance in the company’s strategy to provide participants with advanced and innovative solutions, these services are in line with our efforts to diversify sources of revenue reaching to a relatively more balanced formulation with trading commission, the main revenue stream for the company.”