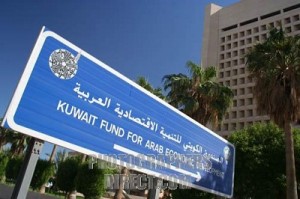 The Kuwait Fund for Arab Economic Development (KFAED) has extended 37 loans worth KD 280 million (USD 952 million) for vital development projects in China since 1982.
Kuwaiti-Sino relations were forged in 1964 when His Highness the late Amir Sheikh Jaber Al-Ahmad Al-Jaber Al-Sabah paid an official visit to China when he was still the minister of finance.
Bilateral relations were deepened when the KFAED and China initialed the first loan agreement in 1982 to finance a cement plant in China at a cost of KD 14 million (USD 47 million).
Speaking to KUNA on the relation between the KFAED and China, KFAED Director General Abdelwahab Al-Bader, who is accompanying His Highness the Prime Minister of Kuwait Sheikh Jaber Al-Mubarak Al-Hamad Al-Sabah during his ongoing visit to Beijing, stressed that bilateral cooperation has greatly developed over the past 30 years.
The KFAED financed an infrastructure development project in the Chinese city of Chuzhou at a value of USD 32 million in 2008, he said.
It also funded the Yibin-Changning Road Project in 2005 at a value of USD 28 million, he added.
The Kuwaiti fund bankrolled Ningxia hospital project at a total cost of USD 34 million in 2006, the KFAED chief said.
The fund has also financed several development projects in China in such sectors as energy, electricity, water, industry, air transport, roads, railways, health, environment, education and agriculture, he pointed out.