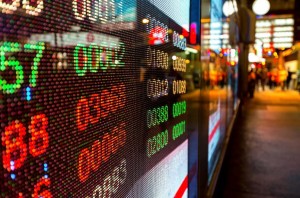 It’s late January in Riyadh and a delegation from the People’s Republic of China has been meeting with representatives of the six nations that make up the Gulf Cooperation Council (GCC). The meeting marks the end of an intense period of bilateral get-togethers that have gone on for several weeks and resulted in a flurry of announcements covering business, trade and cultural relations.

This time was no different, with the big news from this meeting being the finalisation of a draft China-GCC Free Trade Agreement. According to a joint statement the two parties have committed themselves to finalising a deal this year, as the GCC states look east to build new and significant economic partnerships.

For its part, the UAE has been cultivating closer business relations with China and is obviously not the only country in the GCC to do so. Much of this is being built around primary trade and cooperation on large infrastructure projects, where Chinese firms are becoming an increasingly familiar sight. China is the UAE’s second biggest trade partner with business between the two countries worth some $50bn in 2014. The Emirates also plays host to more than 4,200 Chinese companies.

It’s clear that this trade matters. Juma Mohammed Al Kait, assistance under-secretary for Foreign Trade Affairs at the UAE Ministry of Economy went on record in December suggesting that there was a need to boost it further.

“With China there is a need to diversify our trade,” Al Kait said at the China Trade Week exhibition in Abu Dhabi. “We need to engage the private sector to explore new opportunities in many different sectors other than the classic,” he told reporters.

As is so often the case the government is leading the way, with its most recent investment agreement revealed in December. The two countries have agreed a $10bn UAE-China joint strategic investment fund. Signed off during an official visit to China by His Highness Sheikh Mohammed Bin Zayed Al Nahyan, the launch of the fund is set to take advantage of commercially-driven investment opportunities and build business between the two countries. Other recent and diverse deals have included new routes for UAE airlines, DP World investing in port facilities and a common currency fund developed as part of a plan to support the globalisation of the Chinese renminbi.

Most telling of all though, especially for the potential success of the local construction industry with its expertise in infrastructure development, is the founding, in January, of the Asia Infrastructure Investment Bank. Headquartered in Beijing, the bank is intended to be a multilateral institution tasked with providing financial support for infrastructure development in Asia. The new bank has been pledged a store of cash to spend, with authorised capital of $100bn, $237m of which is coming from the UAE over the next five years.

“The establishment of the Asian Infrastructure Investment Bank marks the start of a new era in international development aid. The bank is aligned with the UAE leadership’s vision to promote international collaboration and ensure the efficient distribution and use of development aid,” said Mohammed Saif Al Suwaidi, director general of Abu Dhabi Fund for Development (ADFD) at the bank’s inauguration. “Keeping this as our core mandate, the UAE will continue to support AIIB’s efforts to accelerate infrastructure development across Asia, while pursuing efforts to support social and economic development across the developing world.”

With a mandate to invest in sectors including energy, transportation, urban construction and logistics, as well as education and healthcare, the financial spur given to developing infrastructure around the region could see companies with emerging market experience well placed to bid for large-scale projects that have secure channels of funding. Competition for the business could well be tough, not least because of the strength of China’s own contractors. The country has a large contractor base fuelled by domestic demand, but perhaps its best known brand export to the GCC is the massive China State Construction Engineering Corporation (CSCEC).

The huge company was recorded as China’s second-biggest contractor in 2015. With gross revenues of more than $110bn, according to data compiled by Construction Times, a Shanghai-based industry newspaper. The contractor has been active in the Middle East since it won a bid to build villas on Palm Jumeirah back in 2003, although it wasn’t formally established in Dubai until 2005. The chief executive of CSCEC Middle East, Yu Tao, went on record last year saying the Middle East operation had an order backlog worth $1.36bn.

It’s a backlog the company has already added to in 2016. In January the building division of CSCEC Middle East was awarded the main contract for OIA Residency Union Properties. With a total contract value of $63.9m, the OIA Residence is set to be built in the central area of Dubai’s Motor City, adding 269 apartment units and associated facilities to the area. The six level structure is CSCEC Middle East’s first project with Union Properties. Earlier in the month the company was awarded the main contract package for Hameni Tower project. Being developed by Zaya Real Estate Development, the tower contract is worth some $94.7m and will see CSCEC Middle East build a 33-storey tower in Jumeirah Village Circle. With 467 apartments and four levels of parking, the proposed height of the building will be just a touch over 126 metres and will add another tower to the company’s regional credentials, which include projects such as the Central Bank of Kuwait, Qatar’s Doha Tower and several major pieces of road infrastructure.

But while CSCEC Middle East might be one of the highest-profile China-headquartered contractors in the region, it is certainly not the only one. According to research from the US-based Heritage Foundation some $30bn worth of contracts were done by Chinese companies in the Gulf between 2003 and 2014. Among them would have been China Railway Construction Corporation (CRCC), which made its name in the region building the Makkah Metro and announced the completion of the related $1.7bn Mashaer Railway project in Saudi Arabia late last year. Six years in the making, the project is a notable achievement that will relieve some of the intense pressure felt by the city’s transport infrastructure each year during the pilgrimage season.

According to information from the company the project saw up to 10,000 people on the job in its last 16 months. Crucially the company also provided employment and training for Saudi nationals, in the process providing one of the more elusive results sought by any project carried out by an international contractor in the GCC: knowledge transfer. The company has other work in progress in the Kingdom, including a deal with the Saudi Railways Organisation for the second phase of a project to upgrade the track on the freight line linking Riyadh, Haradh and Dammam, worth a tidy $42.7m.

Other specialists have had success too. China Petroleum Engineering and Construction Corporation, CPECC won an engineering, procurement and construction contract for the development of Abu Dhabi’s Mender Field last year. The $334m contract was one of a number of energy related projects Chinese companies have an interest in around the Gulf. While hydrocarbon energy projects are not likely to be top of anyone’s list with oil prices sitting below the $30 a barrel mark, solar power and other energy options are also on the agenda for regional authorities.

Despite this Chinese firms have had difficulty securing business in a sector which on the global stage they dominate. According to data from industry analysts IHS, seven out of the top 10 solar photovoltaic (PV) companies are Chinese firms, yet none have a strong foothold in the UAE, a solar market with advancing projects. In another part of the ‘clean energy’ sector, one company has just had some fresh success. China’s Harbin Electric Company has teamed up with Saudi Arabia’s ACWA Power to win the contract for DEWA’s Hassyan clean coal power plant. The first phase of the project will see the companies deliver two units of 600MW each and are set to be operational by March 2020.

The power plant is being developed under an independent water and power project model and signals what may lie ahead for other Chinese firms who want to get a major foothold in the region’s big ticket projects. Public-private partnerships are on the agenda as governments look for alternative ways to fund major developments: both Dubai and Kuwait introduced new legislation last year to encourage it. Companies that can structure a compelling financial proposal may find themselves front of the queue for further infrastructure development. Those coming from a domestic market that is the world’s second biggest economy may have just the resources required to take advantage of the opportunities that could arise.