Sheikha Bodour bint Sultan Al Qasimi, Chairperson of the Sharjah Investment and Development Authority (Shurooq), has called to provide young leaders with the opportunity to participate in the upcoming events of the World Economic Forum as key speakers, to talk about their views, ideas and aspirations. 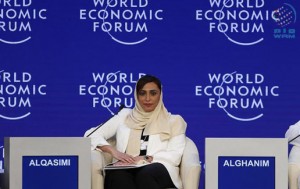 She also stressed the need to invest in qualified young people to stop the migration of Arab minds and empower them to become effective contributors to the economic, social, and political development of their nations, and to achieve prosperity and peace in the region.

Sheikha Bodour’s call came during her participation in the World Economic Forum on the Middle East and North Africa, which concluded yesterday (Saturday) at the King Hussein bin Talal Convention in the Dead Sea, Jordan, in the presence of more than 900 key government, business and civil society leaders representing 50 countries from the region and beyond.

Speaking in the panel discussion titled ‘The Youth Imperative: What Shifts Are Necessary to equip the region’s youth for a future of peace and prosperity?’ on the second day, Sheikha Bodour said, “There is no better investment than in youth and in empowering them in their home countries, especially given that the Arab world is replete with creative young minds that often resort to migrating abroad due to lack of opportunities at home.” 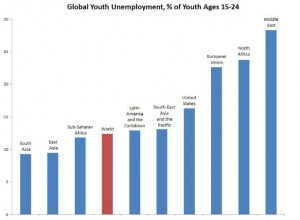 She emphasised the importance of offering a platform for young people in the World Economic Forum and their taking part as speakers in such an important international event, in order to play a role in shaping their own future and solving their problems, notably unemployment, and finding practical solutions to the challenges facing the region a move that will raise hope in the hearts of young people and help them escape the circle of frustration and despair.

Attending the event were Her Majesty Queen Rania Al Abdullah of Jordan, His Royal Highness Crown Prince Al Hussein bin Abdullah II, and from the UAE Dr Sultan Ahmed Al Jaber, Minister of State, along with a number of Emirati figures and a delegation from the Emirate of Sharjah, composed of representatives from various government departments and authorities, as well as an elite group of Arab and global figures.

Sheikha Bodour Al Qasimi highlighted that Arab youth should be seen as a national wealth and a great opportunity to achieve development and prosperity in the region rather than a problem to solve, calling for concerted efforts between Arab governments and people to push ahead with the development process. She said, “Its collective responsibility, not just the governments’ responsibility. I think everyone should play a role parents, governments, the private sector and civil society.” 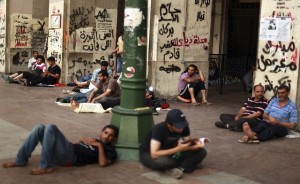 On the first day of the forum, Sheikha Bodour Al Qasimi took part in a closed-door panel discussion at the Young Global Leaders Community Bonding event, held as part of the Forum of Young Global Leaders. She delivered a key speech in which she called for a plan of action for youth empowerment and full engagement with all walks of life in the Arab world, while encouraging Arab youth to regain their right to realise their dreams and create a future of their choice.

The Forum of Young Global Leaders – an integral part of the World Economic Forum and part of the larger New Champions community – aims to make a positive impact on the global agenda by engaging the YGL community in initiatives and dialogues related to specific global challenges they collectively identify with. 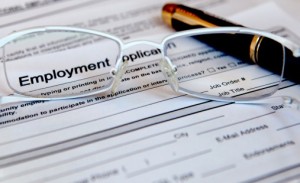 The YGL forum is a unique, multi-stakeholder community of more than 900 exceptional young leaders from all backgrounds, nationalities and stakeholder groups. Bold, brave, action-oriented and entrepreneurial, these individuals commit both their time and talent to make the world a better place.

The 2015 World Economic Forum on the Middle East and North Africa, which was held under the theme of ‘Creating a Regional Framework for Prosperity and Peace through Public-Private Cooperation’, is an international platform and institution committed to improving the state of the world through public-private cooperation in the spirit of global citizenship.