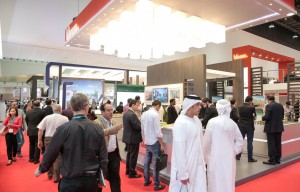 The real estate sector in the Middle East looks to be full of optimism following the largest and most successful edition of Cityscape Abu Dhabi in recent years, where increased numbers of visitors and exhibitors reflect sustainable growth.

Welcoming almost 1,000 more attendees to the Abu Dhabi National Exhibition Centre this year, the global presence was felt on the show floor, with the number of international exhibitors increasing significantly.

In line with continued investor confidence in the real estate market, the ninth edition of the UAE capital’s largest property show saw 81% of Abu Dhabi based developers launch new projects, while 64% of exhibitors showcased existing projects.

New this year, exhibitors were able to carry out property transactions with visitors on-site; Bloom Holding was just one of the 130 exhibitors to benefit significantly from the change in rules.

Sameh Muhtadi, CEO of Bloom Holding, said: “We launched both the Stella Maris tower project at Dubai Marina, and our Park View mixed development on Saadiyat – Abu Dhabi at Cityscape Abu Dhabi and received an overwhelming response from customers and investors alike.  The residential component of our Park View project sold out during the three day event.

“The high demand can be primarily attributed to the prominent locations of our projects, as well as the quality in design and efficiency.

“Park View is set to take shape in the university neighbourhood of Saadiyat Abu Dhabi, one of the most sought after locations in the Capital, while Stella Maris will be located at the southern end of Dubai Marina – a location that needs no introduction.”