Aldar Properties, the Abu Dhabi’s real estate developer, on Monday announced net profit of AED 2.56 billion for 2015, a 13 per cent increase over the AED 2.27 billion reported in 2014. 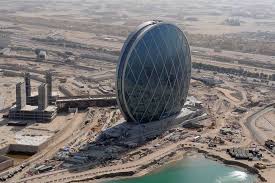 Full-year gross profit from recurring revenues rose 49 per cent to AED1.5 billion in 2015 supported by the stabilisation of key assets like Yas Mall.

On the performance, CEO Mohamed Al Mubarak, said: “2015 was another successful year for Aldar with development sales of AED 3 billion ($816 million) and gross profit from recurring revenue up by 49 per cent. Our focus on stabilising recurring revenue assets has significantly improved the quality of our earnings and provided clarity on long-term cash flow.”

“Delivering shareholder value remains a priority for Aldar. Our continued success has created a more stable and mature company. I am pleased to announce that our board has proposed a 10 fils per share dividend for 2015. We also believe now is the appropriate time to formalise a progressive dividend policy that reflects the underlying profitability and cash flow of the business,” stated Al Mubarak.

“Our business remains underpinned by a healthy balance sheet, stable operating environment, and strong fundamentals. Consistency in delivering growth from a high quality portfolio of assets and a strong pipeline of developments gives me great confidence in Aldar’s future,” he added.

With effect from financial year 2016, the company’s dividend policy will be to recommend returns to shareholders, in the form of annual dividends, of between 65 to 80 per cent of distributable free cash flow from the investment properties and 100 per cent owned operating companies.

This will be supplemented by a discretionary percentage of the total realised cash profits on the completion of development projects.