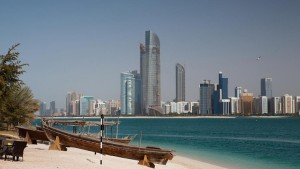 Sultan bin Saeed Al Mansouri, Minister of Economy of the UAE, on Sunday said the Cabinet’s approval of an AED48.5 billion federal budget shows it is determined to continue to carry out ambitious projects in vital sectors like healthcare, social development, economic development, protection of the environment, culture and infrastructure, in line with the UAE Vision 2021.

He made his remark in a statement today following the approval of the 2016 federal budget by the cabinet in a meeting chaired by Vice President and Prime Minister and Ruler of Dubai His Highness Sheikh Mohammed bin Rashid Al Maktoum.

Minister Al Mansouri said the 2016 budget shows that low global oil prices has only had a limited impact on the UAE federal government’s future plans.

The new budget, he noted, also confirms the International Monetary Fund’s reports that the UAE was the least affected country from the low oil prices as its non-oil sectors contribute around 69 percent of the gross domestic product (GDP).

The current low oil prices, Minister Al Mansouri added, have only had a limited effect on the overall development in the UAE, which, along with the approval of the budget today, shows clearly that the UAE succeeded in carrying out flexible and successful policies that will enable it to continue diversification of income and decrease reliance on oil revenue in the future.