100 restaurants and shops secured at The Pointe 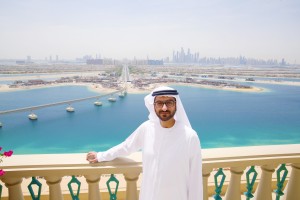 Dozens more, serving everything from steak to sushi and noodles to nachos, are also on board. In addition, Nakheel itself will have a food and beverage outlet at The Pointe, adding to its growing number of restaurants and clubs in Dubai.

The Pointe, located at the tip of Palm Jumeirah across the bay from Atlantis, has also signed a vast array of shops and services including jewellers, fashion stores, opticians and beauty salons.  A total of 148 units, covering more than 500,000 sq ft, are available for lease.

Omar Khoory, Director of Nakheel Retail, said:  “The Pointe is set to bring Palm Jumeirah alive with spectacular fountain shows, a beautiful promenade and a huge variety of waterfront spots for dining, shopping and socialising.  This vibrant new destination will be a major draw – not only for the island’s residents and tourists but for the wider Dubai, too.

“Nearly two thirds of the available leasing space at The Pointe is already booked, and we’re signing new deals almost daily as more restaurants, cafes and shops seize this opportunity to be part of Palm Jumeirah’s ever evolving success story.”

Due for completion in 2016, The Pointe is accessible via The Palm Monorail, which is connected to the Dubai Tram and Dubai Metro, and by boat from Palm Jumeirah’s growing number of resorts. There is also a car park with 1,600 spaces.

Construction of The Pointe is currently around 30% complete, with the first shell and core handovers due in Q3 2015. The project is among several new Nakheel developments underway at Palm Jumeirah, including Nakheel Mall, The Palm Tower, The Boardwalk and Palm West Beach.