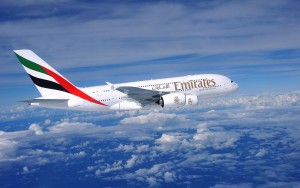 Al Maktoum International Airport in Dubai South will begin the preparations next year for Emirates Airlines to move its entire operations there within 10 years, a senior airport official has disclosed.

“By next year, we will commence a lot of preparations,” Khalifa Al Zaffin, executive chairman, Dubai Aviation City Corporation, Dubai South, told reporters at a press conference when asked about construction at the new airport that would allow Emirates Airlines to eventually relocate its hub.

Currently, only four airlines have commenced flights from the passenger terminal at Al Maktoum International which was launched in October 2013. Most have continued to retain operations at Dubai International clogging traffic there.

In a related move, Dubai-based flydubai has also recently announced that it will commence new passenger services from Al Maktoum International with effect from 25 October 2015, the commencement of its winter schedule, as it also continues its operations from Dubai International.