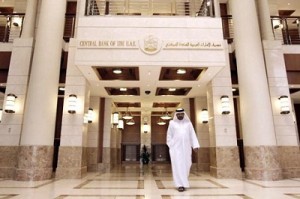 The Board of Directors of the U.A.E.’s Central Bank has held its 3rd meeting for 2014, under the chairmanship of Khalifa Mohammed Al Kindi, Chairman of the Board.

The Board discussed major subjects proposed to be included in the new banking law currently being developed by the Central Bank, giving instructions to have some amendments made before submission of the draft law to concerned entities.

The Board reviewed a report regarding the latest developments concerning a study on Exchange Business in the U.A.E., which is being carried out by McKinsey Consultation Co. as well as reviewing another report on the latest developments concerning the Central Bank Information Technology strategy, which is being carried out by the Boston Consulting Group. The Board requested follow-up reports on the two projects.

It also discussed a Monetary Policy and Financial Stability Department report on macro-prudential ratios for the banking system/ banking stability and liquidity indicators of the banking sector.

Also touched on was the Banking Supervision Department report on the financial and administrative status of banks and other financial institutions operating in the U.A.E. and instructions were given to take necessary action in this regard.

In addition to reviewing applications submitted by banks and other financial institutions operating in the U.A.E. for the expansion of their activities and opening new branches, the Board approved applications that fulfilled the conditions as per the law and regulations applicable to each individual business activity.

The Board discussed a memorandum regarding U.A.E.-Chinese banking and financial relations and a proposal for connecting China UnionPay to U.A.E. Switch to facilitate services provided to Chinese tourists.

It also reviewed samples of currency printing papers in order to put into action the plan to introduce Braille characters to banknotes. The Board instructed a follow-up for this issue to take necessary action for its implementation.