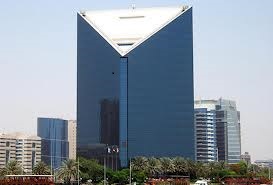 with the Government of Abu Dhabi and the important role the Bank plays within Abu Dhabi.  S&P raised NBAD’s long- and short-term counterparty credit ratings on NBAD to ‘AA-/A-1+’ from ‘A+/A-1’. The credit rating agency also affirmed NBAD’s “Stable” outlook.

“We are very pleased that S&P has upgraded our credit rating to ‘AA-‘,” said Alex Thursby, NBAD’s Group Chief Executive Officer. “All three major credit rating agencies now rate us one notch below the ‘AA’ sovereign rating for the Emirate of Abu Dhabi.  This is a tribute to our strong balance sheet and capital position as well as our strong risk management processes.  Today’s announcement brings us one step closer to achieving our vision, ‘To be recognised as the World’s Best Arab Bank.’”

In the report summarising its decision regarding NBAD, S&P said: “We now classify NBAD as a government-related entity (GRE) with a ‘very strong’ link to and ‘very important’ role for the Government of Abu Dhabi.”  S&P cited the government’s 70% stake in NBAD through the Abu Dhabi Investment Council and the government’s “significant interest and business relationship with the bank”..

Commenting on the “Stable” outlook for the Bank, S&P indicated that NBAD’s “dominant domestic position” should enable it to generate strong profitability and operate with “very strong capitalisation”.

NBAD’s long-term ratings  is amongst the strongest combined ratings of any financial institution in the MENA region with ratings from Moody’s Aa3, Standard & Poor’s (S&P) AA-, Fitch AA-, RAM (Malaysia) AAA, R&I’s (Japan) rating of A+.  Since 2009, NBAD has been ranked among the World’s 50 Safest Banks and the safest bank in the Middle East by Global Finance.