QNB: Non-hydrocarbon Sector to Account for More Than 50% of GDP by 2015 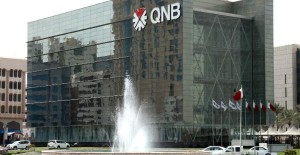 QNB Group published its Qatar Economic Insight April 2014. The report analyzes how the economy has started a new diversification phase based on strong investment spending and higher population growth with the non-hydrocarbon sector expected to account for more than 50% of GDP by 2015. The diversification of the economy is expected to continue with real GDP growth projected to progressively accelerate from 6.8% in 2014 to 7.8% in 2016.

The report predicts a projected to double digits growth in the non-hydrocarbon sector is due to large investments in infrastructure, real estate and transport sectors. As a result, the share of the non-hydrocarbon sector in GDP is projected to grow from 49.9% in 2014 to 57.2% in 2016. The large influx of expatriate workers driven by major investment projects will add to aggregate demand, putting moderate pressure on domestic inflation. Counterbalancing this, foreign inflation is expected to decline in 2014-15 as international commodity prices fall on weak global demand and record food harvests.

Government expenditure is expected to increase to 28.1% of GDP in 2014/15, on higher capital spending. The 2014/15 budget earmarked USD182bn of capital spending on major projects over the next five years this will sustain higher non-hydrocarbon growth over the medium term. The banking sector outlook remains positive as bank lending is expected to rise with accelerated investment spending, underpinned by high fiscal surpluses. Growth in domestic credit facilities and investments will support asset growth over the medium term.

Qatar’s loan to deposit ratio is expected to decline gradually to reach 99% by 2016 owing to a more moderate growth in lending compared with a buoyant deposit growth. Non-performing loans are forecast to remain low in 2014-16 as asset quality is supported by the strong economic environment and the sizable proportion of low-risk loans to the government. Low provisioning requirements and efficient cost bases will also support banks’ profitability.

Other recent QNB Economic Insight reports include Jordan, Indonesia, Kuwait, Oman, Qatar, Saudi Arabia, and UAE are available on the QNB Group website. QNB Group operates in 26 countries in Europe, the Middle East and Africa and Asia and its economic reports leverage its knowledge of these markets to provided added value for its clients and counterparties.