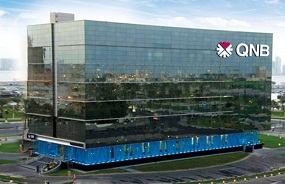 Joko Widodo (better known as Jokowi) and his vice-presidential candidate, Jusuf Kalla, won Indonesia’s presidential elections on July 22. The pair are widely considered to be capable of driving through reforms that could help regenerate the Indonesian economy and raise real GDP growth above current levels of 5%-6%. The potential in Indonesia is enormous and more rapid growth could generate investment opportunities for a number of foreign companies.

With 248 million people and a wealth of commodities, Indonesia is already the 16th largest economy in the world and the third-fastest growing in the G20. It still has a rich endowment of natural resources and its large, fast-growing, young and increasingly wealthy population are driving the rapid emergence of a consuming middle class. However, growth is currently running well below potential owing to poor infrastructure, which clogs up the economy.

Underinvestment since the late 1990s has resulted in weak infrastructure and Indonesia suffers from heavy road traffic, delays and lack of capacity at ports, overcrowded airports, insufficient railways, power and water shortages and a sluggish data network. This adds to the cost of doing business, erodes competitiveness, discourages investment and reduces Indonesia’s growth potential. Logistics costs are high, averaging 14.1% of sales in 2011, compared with 4.8% in Japan. It is 4-5 times more expensive to ship a container from Jakarta to West Sumatra (within Indonesia) than to Singapore, which is much further. Cement is ten times more expensive in Papua than in Jakarta. Power infrastructure is inadequate with at least 15 million households lacking electricity access.

Infrastructure investment has been held back by issues with land acquisition and a lack of transparency in the tendering of projects. Reforms to address these issues are ongoing, but further reform is needed to encourage infrastructure investment, which could lead to a sharp pickup in growth.
Jokowi has achieved a great deal during his dramatic rise as a politician by pushing through reforms. He is the first Indonesian president to come from outside a tightknit elite and is popular with the masses and middle classes.
He was elected local mayor in his hometown of Solo in central Java in 2005.

His success as a reformist politician led to him being nominated by his party to stand as mayor for Jakarta. He won these mayoral elections in September 2012 and managed to get two long-stalled projects approved a monorail and an underground system. Construction of the monorail began in 2004 but has been stalled since 2008. As mayor of Jakarta, Jokowi revived the USD800 Million project in 2013 with a completion date of 2016. And now, just two years after becoming Jakarta’s mayor, Jokowi has been elected President of Indonesia.
This provides hope that he can help tackle some of Indonesia’s prickly structural problems, primarily the poor state of the country’s infrastructure.

Markets certainly seem to believe Jokowi can be effective. The Indonesian currency is the best performing from a selection of Asian peers so far this year, up 5%. The exchange rate has performed particularly strongly over the last month as polling and unofficial vote counts gave a strong indication that Jokowi was likely to win the presidential elections.

However, Jokowi’s ability to implement reform could be constrained by the tight fiscal position or by the political situation. The 2014 budget deficit target was recently raised to 2.4% of GDP compared with a legal limit of 3.0%, leaving little room for big infrastructure spending projects. To free up some spending power, Jokowi may be able to use his popularity to phase out large fuel subsidies, but this has been a sensitive subject in the past, leading to protests. On the political front, his coalition party only has about a third of the seats in the powerful House of Representatives, compared with two thirds for the opposition coalition, which may hamper passing much needed legislative reforms.