QNB Group: India s Economy Is On The Mend 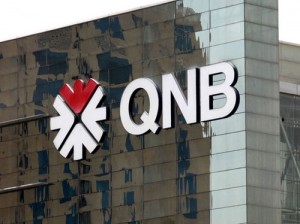 Although not yet out of the woods, the Indian economy is on the mend, said Qatar National Bank Group (QNB) in its weekly analysis.
The IMF expects the Indian real GDP growth to recover to 5.4% this year (4.4% in 2013, the lowest in 5 years), bolstered by a rebound in agriculture and stronger exports and government reforms. However, lingering imbalances and structural impediments are still holding back a full recovery.
The ongoing parliamentary elections mark a cross-roads to the current program of reforms needed to sustain stronger growth. Of critical importance will be how the new leadership will tackle the lack of infrastructure investment and structural reforms whilst attempting at the same time to keep the current account and fiscal deficits in check.
Following robust annual average growth of over 9.0% during 2004-07 spurred by a rapid expansion of services and commerce, the Indian economy suffered a slowdown with the onset of the global financial crisis of 2008-09, with real GDP growth falling to an average 6.2%. Growth did rebound initially between 2010-11 in response to large fiscal and monetary stimulus but subsequently slowed down markedly, reflecting weak global demand and slow progress on key structural reforms. Led by weaker corporate investment growth with deteriorating asset quality impacting the financial positions of banks and corporates, the slowdown had ripple effects throughout the economy between 2012-13.
The balance of payment pressures intensified severely last summer. The announcement that the US Federal Reserve would begin tapering its quantitative easing program in May 2013 resulted in large capital outflows with downward pressures on the currency and asset prices.
India was one of the main emerging market countries affected due to its heavy reliance on capital inflows to finance its large current account deficit. The Indian Rupee (INR) slumped to a record low of 68.4 against the US Dollar (USD) in late August 2013 from an average rate of 55.0 in the first half of 2013. The large depreciation in the currency occurred despite significant intervention to support the currency as evidenced by the fall in official foreign exchange reserves last summer.
In response, liquidity conditions were tightened, limits on foreign direct investment and external borrowing were loosened and restrictions on gold imports were imposed. The centerpiece of policy actions was the tightening of monetary policy since last July, with the Reserve Bank of India (RBI) draining liquidity from the banking system, limiting access to borrowing from its discount windows and hiking short-term interest rates. In addition, limits on foreign investments and external commercial borrowing in foreign currency were eased in order to allow more capital inflows. Moreover, higher import duties and quantitative restrictions on gold were implemented to reduce the overall import bill. As a result, the current account deficit has narrowed, helped also by robust remittance flows, and the INR has appreciated.
This strong domestic policy response has also helped calm markets and bolster investor sentiment. The parliament has passed the Land Acquisition, Pension and Companies Acts, which is expected to unleash previously stalled public projects worth around 5% of GDP. On the fiscal front, measures have been implemented to raise diesel prices, shrink the financial losses of the state electricity board and to contain central government spending.
Going forward, against the background of parliamentary elections due to be completed by mid-May and prospective global liquidity tightening, the new administration coming to power will face a number of key economic reform challenges. At the top of the agenda is addressing infrastructure investment gaps and supply-side constraints. In particular, electricity shortages and an inadequate transportation system need to be tackled in the short term. Over the medium term, further fiscal consolidation is needed, particularly tax and subsidy reforms to lower fiscal imbalances. In addition, more effective education and health spending will be critical to ensure that the demographic dividend pays off over the long run. Finally, addressing structural challenges in agriculture as well as in the pricing and allocation of natural resources will be essential to achieve faster growth and higher job creation.
Overall, stronger global growth, improving export competitiveness, measures already underway to advance stalled infrastructure projects and a confidence boost from recent policy actions are likely to result in a moderate growth recovery over the medium term. However, further structural reforms in the areas of electricity and transportation, fiscal consolidation, education and health spending, and the pricing of natural resources are needed in order for India to achieve its full growth potential.