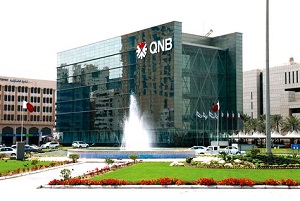 The Middle-Eastern banking giant released statement saying that data they collected showed that world merchandise export volumes declined by 1% in the fourth quarter of 2013 compared to the previous quarter on a seasonally-adjusted basis. It is the biggest quarterly decline since the recession in 2008-09 This represents the largest quarterly decline since the Great Recession of 2008-09.

One of the biggest factors that led to the decline according to QNB was weak export demand from emerging markets and sluggish growth in advanced economies. The bank said it expected global recovery to falter in 2014, unless world export growth picks up.

The statement went on to say that global trade is a key engine of growth for the global economy. Global trade expanded by an average 6.2% a year from 1950-2007. That growth came to an abrupt halt with the Recession of 2008-09, when world merchandise export volumes declined by a cumulative 18% as the world economy went into a deep recession.

Global trade has slowly recovered since then, the QNB report added. World merchandise export volumes reached their pre-recession levels in the fourth quarter of 2010 and have since grown at a moderate pace of 3.2% a year. In particular, Emerging Markets have been a key contributor to world export demand as their economies have benefited from higher growth associated with a large inflow of global capital while the US was implementing its Quantitative Easing (QE).

The Federal Bank’s announcement in May 2013 that it will start tapering QE, global capital started flowing out of Emerging Markets, leading to their slowdown and a corresponding decline in Emerging Markets export demand. The decline is estimated at 63% of the decline in world exports in the fourth quarter of 2014.

The decline in global trade seems to be continuing, the report said. For example, the US economy contracted by 1% in the first quarter, partly reflecting a large decline in net exports. In Europe also, growth for the same period was registered at a weak 0.2% as large exporters like Germany suffered from the decline in Emerging Markets export demand. China as well struggled with growth during the first quarter of 2014. QNB suggested that decline in global trade could continue for the remainder of 2014.

If the trend continues, the bank added in its statement, “a further decline in world exports would be worrisome as the only way to sustain the global recovery over the medium term is for global trade to resume its strong growth prior to 2007.” At that moment central banks will find it difficult to affect domestic demand via monetary easing for the medium and long term.

“What is even more worrisome is that weaker global growth seems to become entrenched as prolonged low levels of economic activity are having an impact on the long-term potential growth that economies can grow at,” the report added.