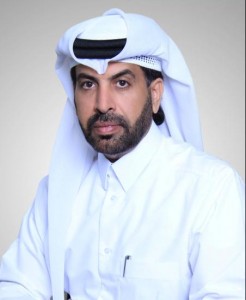 Commenting on its record run, CEO Rashid Al Mansoori said, “We are delighted to see the market break new highs. There is huge positive sentiment surrounding the market, volumes have doubled and we hope it’s set to be a bumper year for the equity market.” QE index has recorded 24.67% already this year – 30.11% with dividends reinvested – making it the second best index performer globally (Year-to-Date) according to Bloomberg data. A 12-month streak has seen the blue chip index return 53.27 %, whilst it has trebled in value since the lows in March 2009.

Returns of this level extend to the All Share Index too, which includes a wider 40 stocks. The benchmark returned 54.8% in the last 12 months with dividends reinvested. “It is a testament to the strength and organization of listed companies, and to all stakeholders involved in developing the market here in Qatar,” said Al Mansoori. Over half of QSE’s listed companies have returned beyond 20% this year, with seven companies’ share price performance reaching between 50% and 150%.

Top performers this year include Ezdan, Mazaya, Gulf International, Vodafone and Masraf Al Rayan. “Positive earnings results, the MSCI reclassification, market reforms and the launch of new products underpin the incredible stock market performance in the last 12 months,” Al Mansoori concluded. Set up in 1995, as Doha Securities Market (DSM) the bourse officially started operations in May 1997. Since then Qatar Exchange has grown to become one of the leading stock markets in the GCC region and for two consecutive years (2010, 2011), was the best performing stock Exchange in the GCC.