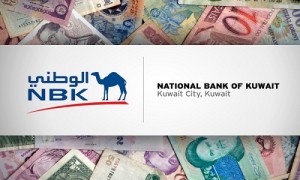 The National Bank of Kuwait ”NBK”

The National Bank of Kuwait (NBK) projected a remarkable surge in the inflation rate in Kuwait in 2014 amid growing pressure from soaring housing prices.
“We expect inflation to average around 3.5 percent this year, up from the 2013 average rate of 2.7 percent,” the NBK said in its weekly report, issued Tuesday.
The report pointed out that inflation in the consumer price index (CPI) came in at 3.0 percent y/y in March, marginally higher than 2.9 percent in February.
“Inflation has remained stable and range-bound between 2.5 percent and 3.0 percent for 12 consecutive months now. However, rising core pressures (especially in the housing sector) and a potential climb in food price inflation are expected to drive inflation higher this year. ‘Core’ inflation currently stands at 2.8 percent, just shy of the headline inflation rate,” reads the report.
The data also showed that the inflation in housing rent – the largest component of the CPI – accelerated to 4.5 percent y/y in March. “Changes in this component only appear once every three months. The jump in rent inflation from 3.6 percent in February likely reflects rising activity in the sector. The rent component was the biggest contributor to the change in headline y/y inflation in March, after education.
It, however, disclosed that the food price inflation continued its descent in March, falling to 3.6 percent y/y, from 4.0 percent in February.
“Food price inflation has been on a downward trend since hitting a peak of 6.3 percent y/y last May. This has helped keep headline inflation in check to some extent, against a backdrop of mounting pressure from the CPI’s ‘core’ components.” The NBK cautioned that the increased activity in the sector should keep the pressure on the housing rent component.
“We may see ‘core’ inflation overtake headline inflation in the medium term as housing inflation continues to climb, ultimately pulling overall inflation higher,” argued the report.
“There may also be some upward pressure from the food component, given the recent trend in international food prices.” Nevertheless, the NBK stated that the normalization in the CPI’s other major components, furnishing and clothing, in the medium term, should help keep headline inflation at a manageable level.