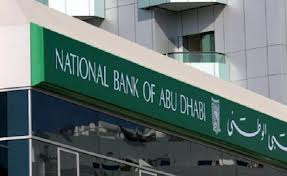 H.E. Nasser Alsowaidi, Chairman of NBAD said, “In 2013, NBAD once again delivered solid results.  We delivered strong revenue and earnings growth whilst maintaining our solid balance sheet and strong capital position.  Notably, the Bank was awarded the prestigious Sheikh Khalifa Excellence Award – Diamond Category in 2013, an award which confirms NBAD’s position as a leader in the financial industry.” Mr. Alex Thursby, Group Chief Executive said, “Our results in 2013 were solid, and we are beginning to see momentum increase as we execute against our 5-year strategic plan.  We have laid out a new mission to be ‘core to our chosen customers’, and we are now focused on capitalising on our unique positioning at the heart of the ‘West-East Corridor’.  During the year, we won many prestigious awards and were upgraded to AA- from A+ by S&P, a notable event as we are now one of 20 commercial banking groups globally to be rated AA- or equivalent by all three major rating agencies.”

“We are well positioned to continue the momentum we have begun to see as we enter 2014.  The restructuring of our organisation has commenced and we are investing in our new strategy and building the operational ‘spine’ of the Bank.  Our focus is on building new drivers of non-interest income and our results are beginning to show strong improvements in underlying revenue performance.  As a result of the reorganisation and investments in building the spine, there were some planned 1-time expenses in the 4th quarter which will not repeat.  Going forward, our strategy is to grow our Wholesale, Wealth and Retail & Commercial businesses with concurrent growth in CASA as we expect continued margin pressure.” I am confident that we will continue to successfully execute against our strategy, and I am excited by the prospects for NBAD in the coming years,” Mr. Thursby concluded.

Global economic activity grew approximately 3% in 2013, down from around 3.3% in 2012 as advanced economies contributed less than emerging markets.  Entering 2014, there are several trends which are favorable for the near-term economic outlook including easy monetary policy, record low interest rates and stimulus by major central banks.

The UAE, which has the 2nd largest economy in the Arab world and 29th largest GDP in the world, will become part of the MSCI Emerging Market Index in May 2014, and has continued to benefit from its safe haven status during periods of instability in the region.  The economy has shown signs of resilience amidst global and regional uncertainty and is beginning to generate returns from its diversification efforts.  In 2013, the non-oil sector constituted nearly 60% of nominal GDP, with strength coming from a recovery in real estate, trade and tourism.