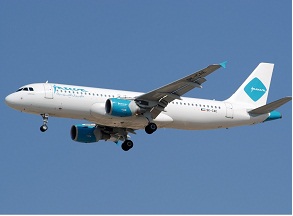 Jazeera Airways Group announced Wednesday that it has secured a USD 70.5 million debt facility through Kuwait’s Ahli United Bank (AUB) as part of the Group’s ongoing strategic debt restructuring plans to align with future growth plans.
In a press statement, Jazeera said that the financing scheme has a three-year term with a roll-over facility. “This facility, which will help us fund our future plans, is significant for both its timing, as it comes at time when debt markets are favorable, and for being secured through a leading bank that is based in our home market, thus further boosting the value Jazeera Airways Group brings to our market,” the statement quoted Jazeera Airways Group Chairman Marwan Boodai as saying.
For his part, AUB Kuwait General Manager Corporate Banking Hisham Zaghloul said that the debt facility agreement reflects a long-term partnership mutually beneficial to both our organizations “In line with Ahli United Bank’s strategy to serve the local market and strengthen ties with market players under various business sectors, we take pride in having collaborated with Jazeera Airways in serving their future business plans,” Zaghloul pointed out.
“Jazeera Airways is a leading player and pacesetter in the aviation industry and this transaction reflects a long-term partnership mutually beneficial to both our organizations. We wish Jazeera Airways all success as it continues to serve Kuwait and the Region.” AUB Kuwait is one of the leading Shariah-compliant banks in the Middle East with strong on-ground retail, wholesale, and corporate banking operations in Kuwait, Bahrain, and other countries in the Middle East.
Jazeera Airways Group is a Kuwait Stock Exchange-listed company with a fleet of 15 wholly-owned Airbus A320s, through its wholly-owned leasing-arm Sahaab Aircraft Leasing. Sahaab has assets placed with Virgin America, SriLankan Airlines, Flynas, TAP Portugal and Jazeera Airways.