GCC payments industry set to leapfrog other economies in 2021

After a year of increased digitalisation and major shifts in the FinTech landscape, the GCC payments industry is set to leapfrog other major economies in 2021.

The region has traditionally relied heavily on cash but is now looking to overtake the adoption of digital payments in other parts of the world. As the foundations for digitalisation of payments are still developing across the GCC and wider Arab world, COVID-19 has had a catalysing impact on the adoption of FinTech – particularly in the payments space.

Dalal Buhejji, Financial Services Director at the Bahrain Economic Development Board said: “There is no doubt COVID-19 has catalysed digitalisation across the region, and the way Gulf citizens spend has changed for good.

“While no-one could have predicted a pandemic, the Gulf has been well prepared. In Bahrain we laid the groundwork for coping with this shift in consumer behaviour when we brought in a number of tech-friendly laws and regulations, introduced a commercial 5G network and brought AWS’ first data centre in the GCC to the Kingdom.

“Where previously the Gulf may have been typecast as late adopters of emerging technologies, statistics like these show we are not only closing the gap between us and other regions, we will soon be leapfrogging them. It’s a very dynamic time for the entire Gulf ecosystem.”

In 2020 the Arab Monetary Fund launched ‘Buna’, a cross-border payments platform for the Arab World, while the GCC countries launched the GCC Payments Company, which will build and operate a cross-border, multi-currency, real-time system across the region.

Consumers too are becoming increasingly comfortable with digital payments. In September 2020, the Saudi Arabian Monetary Authority (SAMA) advised that the country’s cashless transactions target of 28 per cent by the end of 2020 had already been significantly exceeded with e-transactions making up 37 per cent of all financial transaction in the Kingdom.

A similar result emerged in the UAE, where a survey by Dubai Police, Dubai Economy and Visa earlier this year revealed that 68 per cent of respondents in the UAE have reduced shopping in-store since the outbreak of the pandemic, while 49 per cent shop more online.

In Bahrain, transactions on payments platform BenefitPay are reported to have increased by a staggering 367 per cent so far this year, crossing the BHD1.5 billion (US$3.99 billion) threshold in November. With the festive season approaching, it looks likely that the value of transactions will exceed US$4 billion by year end.

The Evolution of Real Estate in 2021: A Market Response 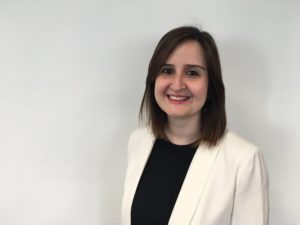