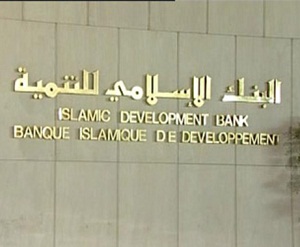 Finance Minister Anas Al-Saleh and Kuwaiti member of the Board of Governors of Islamic Development Bank (IDB) asserted Wednesday his country continuous support and cooperation with the Islamic Development Bank (IDB).
The minister announced an increase of Kuwait subscription in the fourth general capital which in turn contributes to the Islamic Solidarity Fund for Development with a total of USD 300 million.
Al-Saleh made the announcement in a speech on the 39th annual meeting of the IDB’s Board of Governors here on the occasion of the celebration of IDB 40th anniversary.
The minister praised in this regard the meeting between His Highness the Amir Sheikh Sabah Al-Ahmad Al-Jaber Al-Sabah with IDB group Chief Ahmad Mohammad Ali and Chief Executive Officer of the International Islamic for finance Trade Dr Walid Al-Wuhaib last May.
Al-Saleh pointed to His Highness the Amir support to the bank role and institutions underneath it that help and support the Islamic world through development in various fields.
The minister highlighted Kuwait’s interest in enhancing cooperation with the Bank through the recent signing of the Strategic Framework Document between the State of Kuwait and the Bank during the 38th Meeting of the Board of Governors in May 2013 in Dushanbe in Tajikistan.