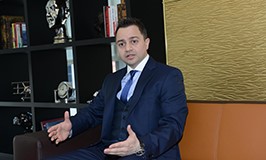 Dubai Islamic Bank (DIB) today announced that Foreign Ownership Limit allowed for the bank has been increased by an additional 10% post completion of all regulatory formalities. The new FOL for the bank stands at 25% and will significantly enhance the liquidity available to foreign investors. Already one of the most liquid and highly traded stocks on the exchange, DIB was consistently under pressure from global investors to create additional room to allow investment by interested parties from across the globe.

“Active engagement with international shareholders has been a key focus for us in the recent past”, said Dr. Adnan Chilwan, CEO DIB. “Cognizant of the feedback received, we saw extensive demand for DIB stock from global investors and, though the bank has one of the highest free floats of nearly 60% amongst listed entities, the Foreign Ownership room available was restricting international buyers.”

“The enhanced FOL would allow greater freedom for interested international parties to acquire DIB stock,” he added. “DIB has been amongst the top performers on the Exchange with a shareholders return of nearly 170% since the markets recovered in the beginning of 2012. With the MSCI upgrade on the horizon, we expect this move to further enhance DIB’s chances of making it to the basket.”

The decision to increase FOL was taken by DIB’s Board of Directors in the last quarter of 2013, to which the formal regulatory approval has now been accorded. The FOL increase is effective from April 16, 2014 and the Exchange has been advised to implement this increase as of that date.