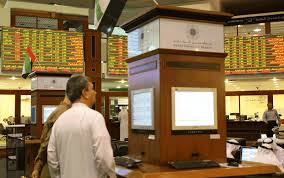 Dubai Financial Market (DFM) has announced the listing of US$ 750 million Sukuk for the Government of Dubai.

Essa Kazim, Chairman of DFM and Secretary-General of the Dubai Islamic Economy Development Centre, said, “The listing underlines the accelerating pace of efforts aimed at reinforcing Dubai’s position as the capital of Islamic economy and global Sukuk centre in line with the vision of Vice President and Prime Minister and Ruler of Dubai His Highness Sheikh Mohammed bin Rashid Al Maktoum, to position Dubai as the global capital of the Islamic Economy, under the direction of His Highness Sheikh Hamdan Bin Mohammed Bin Rashid Al Maktoum, Crown Prince of Dubai and Chairman of the Executive Council. Dubai is the world’s third largest venue for Sukuk listings and this listing raises the total value of Sukuk listed on Dubai capital markets to US$ 20.38 billion”.

The new issue will be OTC traded and settled through Clearstream and Euroclear, not DFM.

Clearstream Banking S.A. (CB) is the clearing and settlement division of Deutsche Borse, based in Luxembourg and Frankfurt.