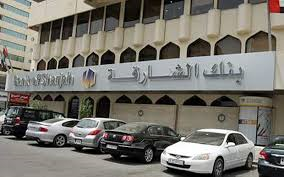 Bank of Sharjah in United Arab Of Emirates

The two-year facility will be used by the Bank for its general corporate purposes, specifically for USD denominated transactions.

The facility carries a margin of 1.25% per annum, with a reduction of 25 basis points compared to the pricing applied to the term loan signed in June 2011 by the Bank and fully repaid in August 2013.

Bank of Sharjah was the first commercial bank established in the Emirate of Sharjah, and the biggest in term of Total Assets. It is primarily a corporate Bank operating through five UAE branches and a subsidiary Emirates Lebanon Bank in Lebanon. The Bank launched in 2012 a cooperation agreement with Commerzbank, Luxembourg to offer Private Banking and Wealth Management Services.

The bank maintains an investment grade rating of BBB+ from Fitch. Total Assets at the end of 2012 amounted to USD 6.2 Billion and the capital adequacy ratio stood at 23% with a tier 1 capital ratio of 21.48% Varouj Nerguizian, Executive Director ‘&’ General Manager commented: “This financing initiative translates Bank of Sharjah’s solid standing among the country’s leading commercial banks and the respect it commends within the International banking community. The reduction of the pricing of this facility is a confirmation of the bank’s ever strengthening reputation, thanks to its healthy financial structure and sustained performance. The renewed vigor of the UAE economy is reflected in the Bank’s balance sheet, harnessing opportunities with solid corporate clients through sound lending practices. This financing commitment will allow Bank of Sharjah to continue to address its clients’ dollar funding requirements while facilitating new relationships.” In closing V. Nerguizian added: “Bank of Sharjah’s sound lending and solid corporate governance practices remain the major components of success.”