In its GCC Hospitality Industry Report investment bank Alpen Capital forecast the regional market will grow at a compound annual growth rate of 7.6% from $25.6bn in 2015. 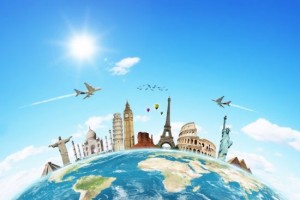 he bank forecast occupancy rates would grow 3%  yearly, raising the overal figures to a 70% increase with ADR  increasing 1.4% annually. In the short-term the report detailed that operating metrics would remain under pressure, particularly in the UAE and Qatar. Despite this, both countries are expected to demonstrate the fastest annual growth during the period, at more than 10%, due to Expo 2020 and the 2022 FIFA World Cup. Other GCC nations, with the exception of Bahrain, are expected to average growth of between 5 -6%.

Alpen also forecast that total regional room supply would grow 4% annually during the period, despite a 5.7% expansion in tourist arrivals each year.

“Dubai is likely to witness an addition of nearly 57,000 rooms in hotel and serviced apartments in the five years to 2020, whereas Saudi Arabia has a pipeline of over 47,000 rooms. Addition of such massive capacity is expected to extensively scale up the region’s hospitality sector,” the bank said. Outside of mega events, the bank said key growth drivers would be the meetings, event and conferences market, with several convention centres under development in the region to attract international summits. Expansion works at the two holy mosques in Makkah and Madinah are also expected to boost the hospitably market in Saudi Arabia.

Failure to attract a continuous flow of tourists before and after the mega events could also create an oversupply situation in Dubai and Doha, while more broadly the bank warned of a potential shortage of skilled personnel due to the number of properties opening.