The new Mercedes GLA compact SUV is the fourth member of Mercedes’ new small compact family based on its front/all-wheel drive MFA platform, joining the A-class, B-class and CLA.

The looks of the Concept GLA have been toned down for the production car, particularly at the front and rear ends and with some of the surfacing. But the result is still one of the sportiest and most dynamic-looking cars in the class, with a look clearly in line with the rest of the models in the MFA family.

It is 4417mm long, 1805mm wide and 1494mm high, which makes it slightly longer, narrower and lower than the concept version. It is also 125mm longer than the A-class on which it is based, the pair sharing the same 2699mm wheelbase.

Internationally, the GLA will be offered with a range of transverse four-cylinder petrol and diesel engines equipped with either front  or four-wheel drive. 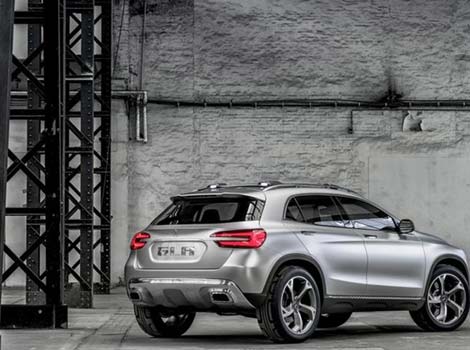 Front-wheel-drive models include a turbocharged 1.6-litre petrol with 154bhp in the base GLA200 and a 134bhp 1.8-litre turbodiesel in the GLA200 CDI.

Engines offered with Mercedes’ 4Matic all-wheel drive system include a 168bhp 2.1-litre turbodiesel in the GLA220 CDI and a 208bhp 2.0-litre turbocharged petrol in the range-topping GLA250.

The 4Matic all-wheel  drive system defaults to a front-wheel drive set-up in normal conditions, but it can send up to 50 per cent of the torque to the rear wheels when driving conditions require it.

As with the other MFA models, fuel economy figures are expected to be impressive. The usual array of fuel-saving tech features, such as automatic stop-start, make it on to the GLA, but its aerodynamic body also plays a role in its fuel-sipping ability. Features such as active radiator grille shutters and a streamlined body result in a drag coefficient figure of 0.29. 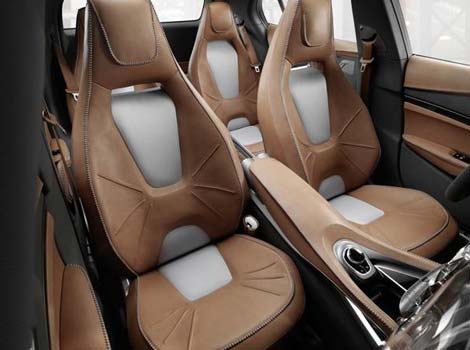 Inside, the GLA adopts a significantly higher driving position than the A-class’s. The seat height in the A-class is 276mm and in the GLA it is 549mm. The look of the cabin is instantly recognisable from the other MFA cars, with the three circular central air vents, centre console design, infotainment screen, steering wheel and instrument binnacle all carried over from the A-class, B-class and CLA.

A whole host of safety features are offered on the GLA, including the drowsiness-detecting Attention Assist, a Collision Prevention Assist that works from 6kph, and a more advanced Collision Prevention Assist Plus system that, in combination with the optional Distronic Plus cruise control, provides autonomous braking at speeds of up to 200kph. This system can also prevent rear-end collisions and collisions into stationary vehicles at low speeds.

When the GLA compact SUV makes it to India, it will compete with the likes of the Audi Q3 and BMW X1.