Artifacts are returned to Egypt from United States

Egypt on Friday recovered 135 artifacts that had been smuggled to the U.S. previously.

Receiving the art pieces at the airport were Antiquities Minister Mamdouh al-Damati and a host of senior ministry officials, sources told The Anadolu Agency. 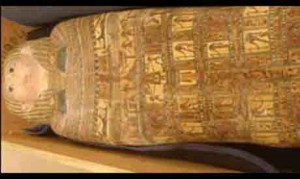 Al-Damati said the artifacts had been stolen from Egypt by a network specialized in smuggling Egyptian antiquities to other countries.

He did not mention, however, when exactly the artifacts had been smuggled out of Egypt.

On Thursday, the Foreign Ministry said in a statement that the returned artifacts included a wooden sarcophagus, engraved stones, ancient statues, 99 coins and a mummy.

The ministry added in another statement that 235 more artifacts smuggled to France and seized there would be returned to Egypt on Saturday.

There has been a marked increase in the theft of Egyptian antiquities in the years following the 2011 popular uprising that ended the autocracy of longstanding President Hosni Mubarak.